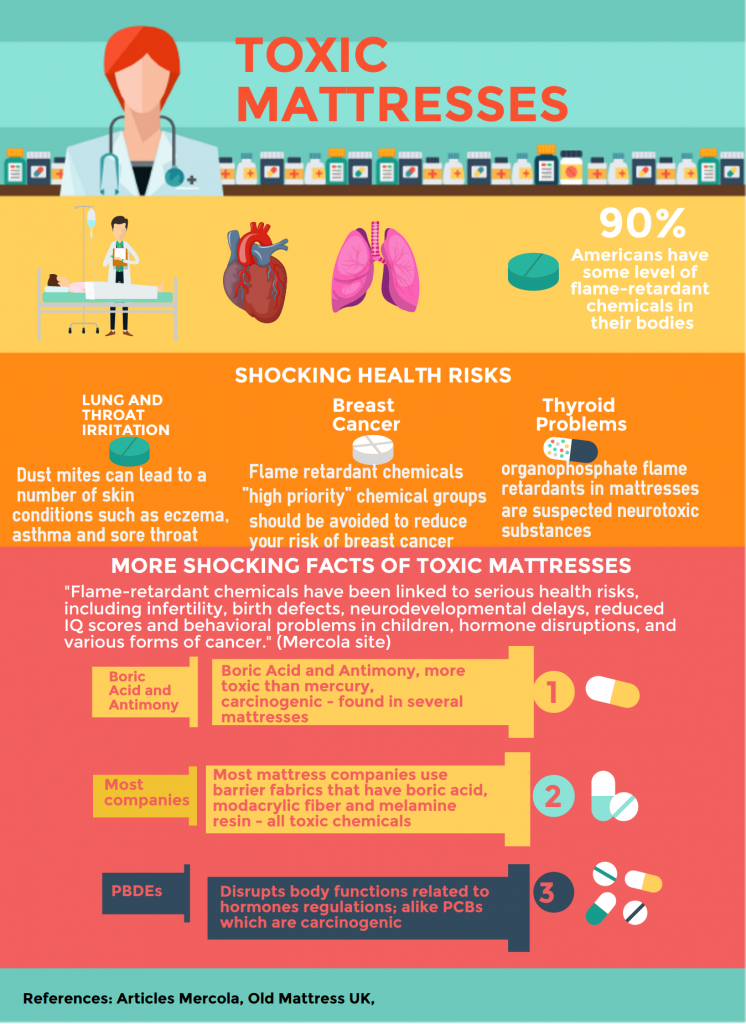 Many people who are committed to finding a safe, natural mattress already know that chemical flame retardants are scary stuff. Banned in Europe and in some U.S. states, hormone-altering (also called endocrine-disrupting) flame retardants have led many science headlines.

If those risks seem remote, here’s an old-reliable motivator: vanity. The newest science suggests that endocrine-disrupting chemicals (EDCs) such as flame retardants may also be the real trigger behind the obesity epidemic. The association is becoming so clear that they’ve been dubbed obesogens.

Chemical flame retardants are the most common EDCs in most homes. They’re found in foam-filled furniture, in most kinds of mattresses (including memory foam) and pillows, in many fabrics, and in ordinary house dust. Released continuously indoors, they also build up in the human body. Nothing has escaped the global flood of these compounds — they’ve even been detected in marine mammals as well as in outdoor air. 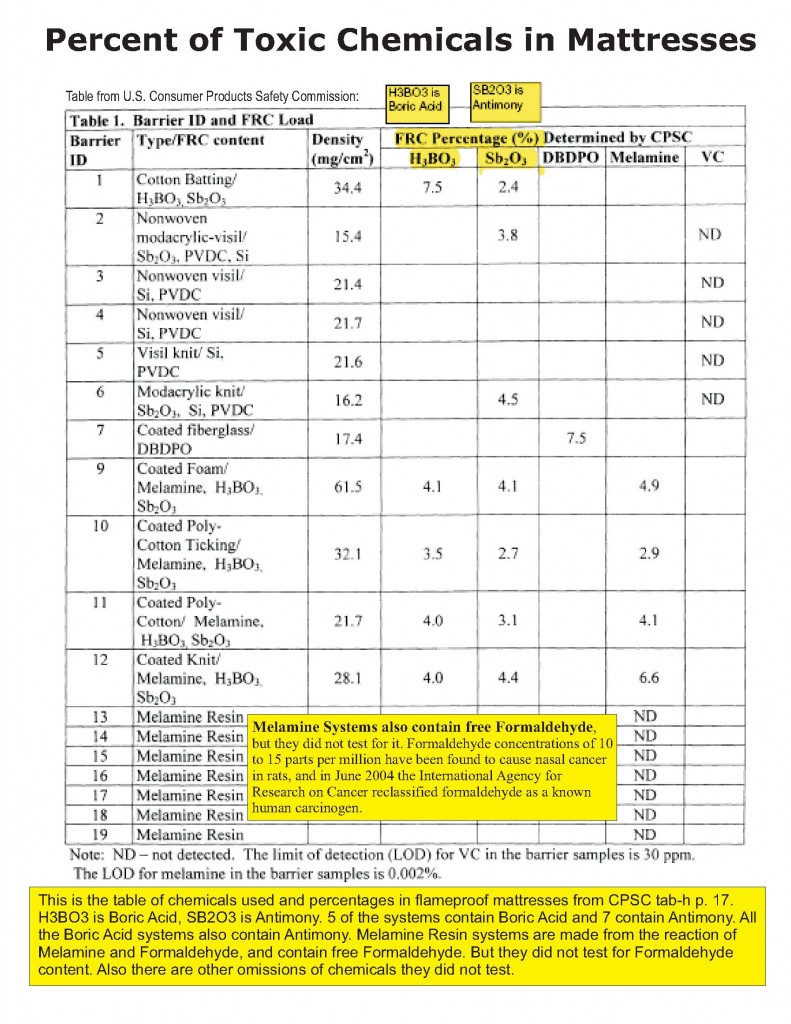 Because the most infamous flame retardant, PBDEs (polybrominated diphenyl esters), is finally banned or being phased out, many people shopping for new mattresses or furniture have been breathing sighs of relief. Unfortunately, however, what’s replacing PDBEs may be just as bad. “Firemaster 550” has been introduced into the furniture and mattress industries as a substitute for PDBEs. It’s the second most common flame retardant in use today. This product is a mixture of several chemicals, including brominated phthalates and triphenyl phosphates. Scientists are not sure which individual chemical — or combination — might be responsible for its toxic effects.

One of the more succinct and sobering responses to similar research came in a recent New York Times editorial. In his column “Warnings from a Flabby Mouse”, Nicholas Kristof stated, “…endocrine disrupters may be the tobacco of our time.”

When the body’s natural hormone balance is altered by exposure to environmental chemicals, even slightly, long-term cycles of damage can begin. And now, both childhood and adult obesity have been added to the risks on the radar.

It’s disheartening, for sure. But the good news is because now you know, you can begin to act. You may want to become involved in the politics of pollution. Or, you may be looking at your home environment in panic.

Don’t panic. Just start where you can. Even small steps will make a difference. Gradually ridding your home of synthetic foams, including memory foam, is the best way to begin. And the key place to begin is where you spend the most extended time — in the bedroom. Your natural bedroom — and your baby’s — will go a long way to reduce your family’s exposures to flame retardants and many other suspect chemicals.* (This is from Laura’s blog on Savvy Rest Web Site).

Thinking about purchasing One of those Expensive Air Mattresses? Just remember that air has moisture and mold spores in it. Guess where mold spores like to grown? In dark Moist contained areas- just like the inside of those mattresses. After a few years, there may be significant mold inside where you may be sleeping. Not to mention all the chemicals that make up the plastic shell that is used to keep all that moldy air inside the mattress. All the chemically made fancy bedding covering these mattresses can’t hide the reality of what they really are. Maybe consider all natural alternatives, like the natural mattresses that are available and in many cases less expensive than the toxic luxury mattresses that are marketed to the public.

Did you ever hear any of those large mattress companies that make these toxic mattresses talk about what their products are made of? Check out the next time a mattress commercial comes on. There is a picture of a cute couple having the time of their life, or children jumping up and down. But there is never any talk of what’s in the mattress.  Why would they? They resort to pretty scenes because they never want you to know that what they are making is unhealthy and bad for the environment!  The truth would never sell, so they just never tell the truth. There is an alternative, and it’s simple, natural, good for the environment, and really, really comfortable.